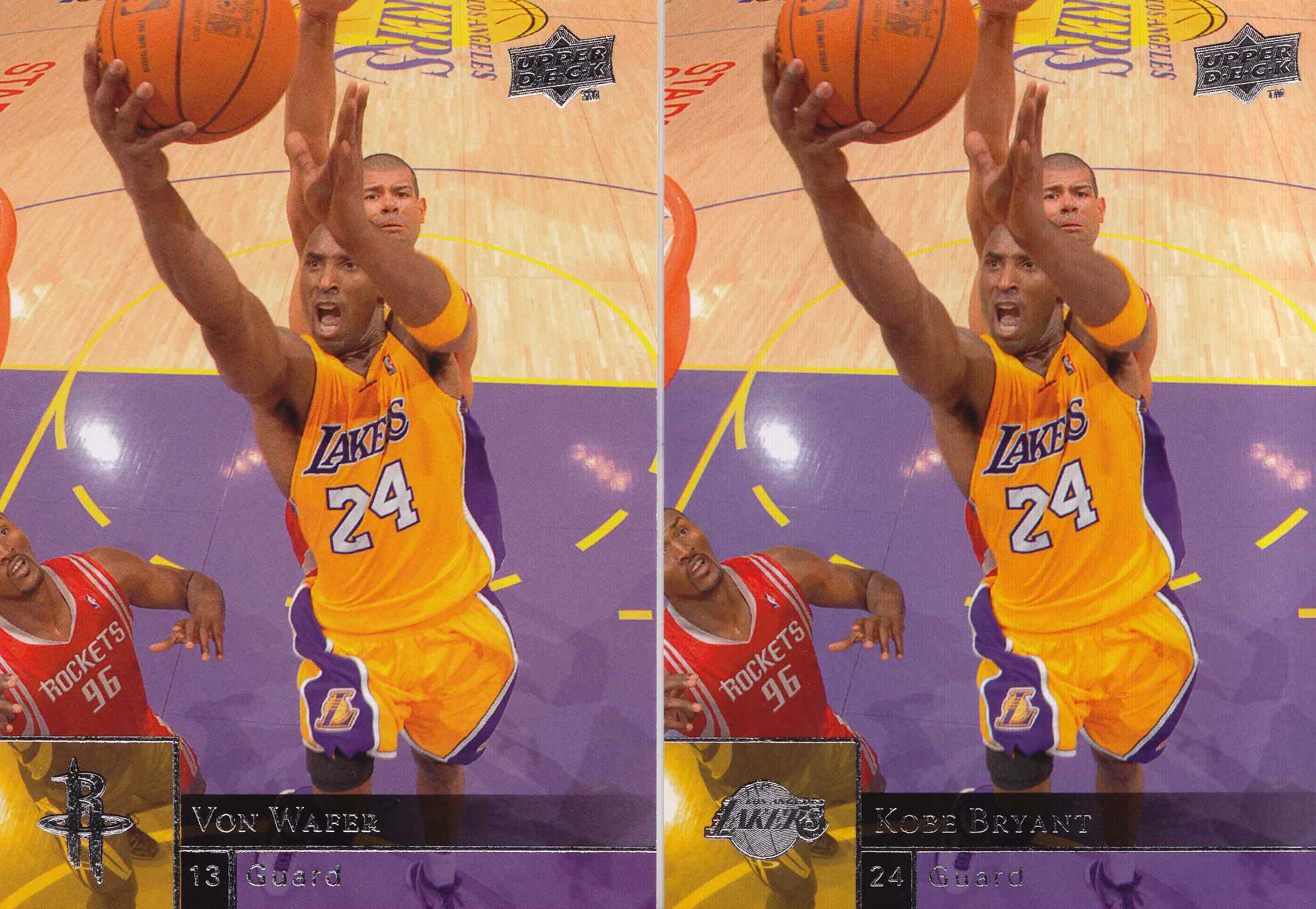 Pictured below is a Kobe Bryant number 79 2009-10 Upper Deck error card. As you can see, the card on the left reads “Von Wafer” instead of “Kobe Bryant.” Also, the Houston Rockets logo and Von Wafer’s jersey number 13 are pictured in place of the Los Angeles Lakers logo and Kobe Bryant’s jersey number 24. The correct version of the card is pictured on the right. The back of both cards are the same and have no errors. 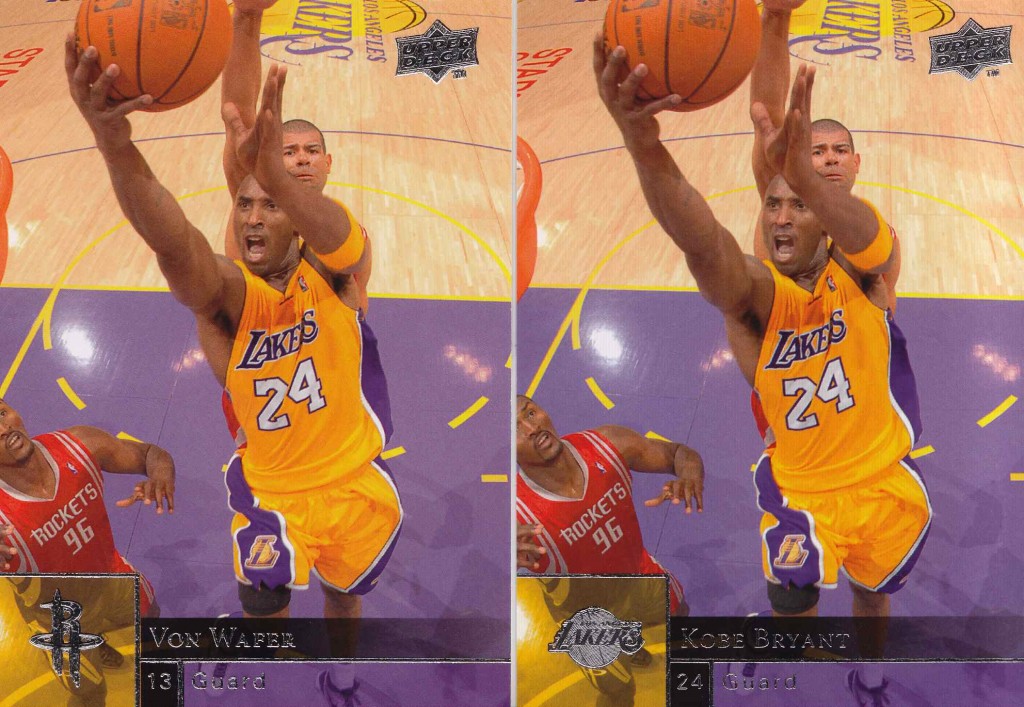 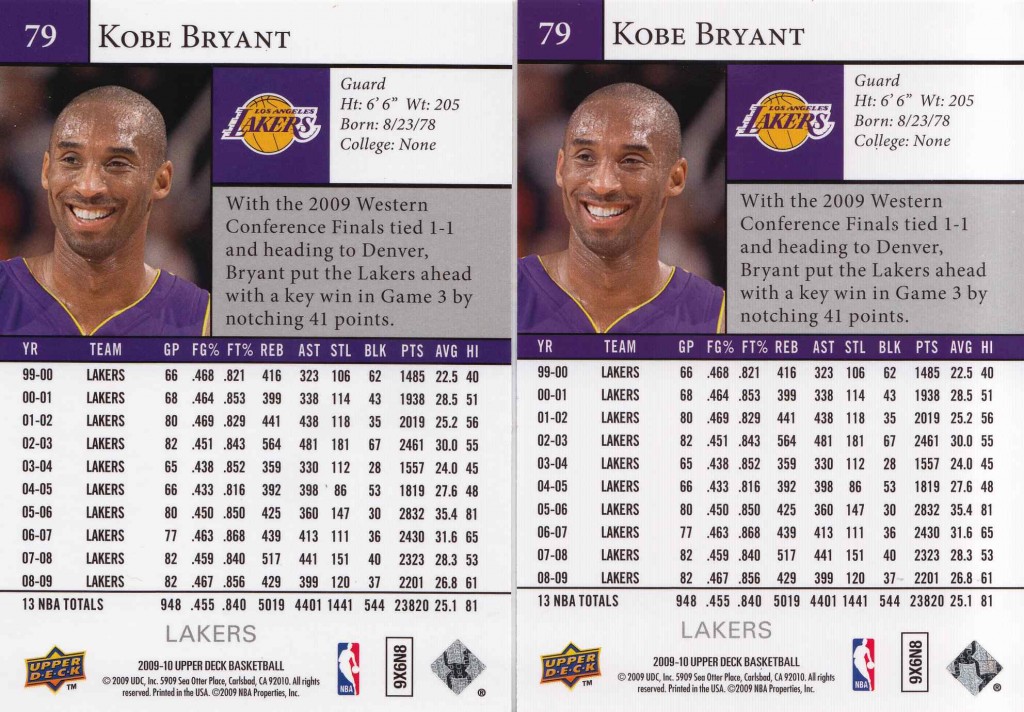 Several other 2009-10 Upper Deck cards were printed with this same error where the player has the wrong name listed. I asked Upper Deck via Twitter if they had any insight into why so many cards had been printed this way. Here was their response: 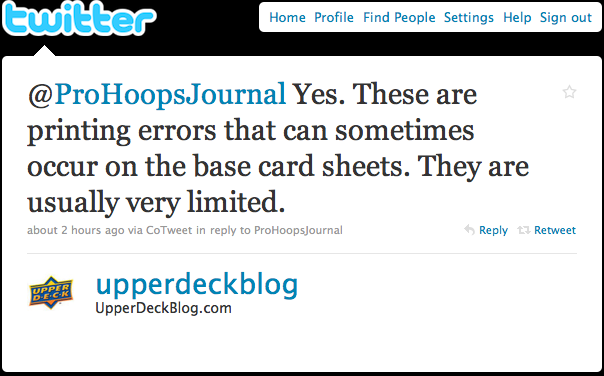 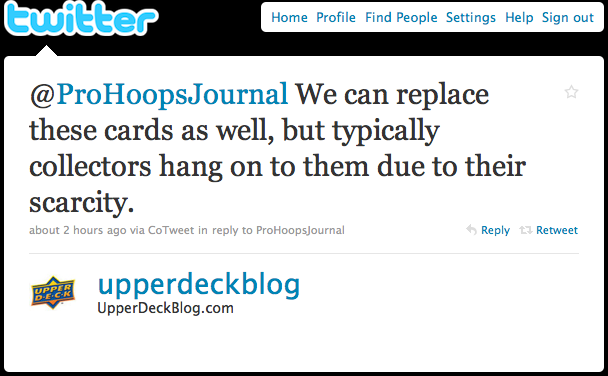 So there you have it, printing errors. That’s nice of Upper Deck to offer to replace them. Being an error card fan I would never replace a card like this. Also, the scarcity increases the value, especially on cards of superstars like Kobe Bryant.