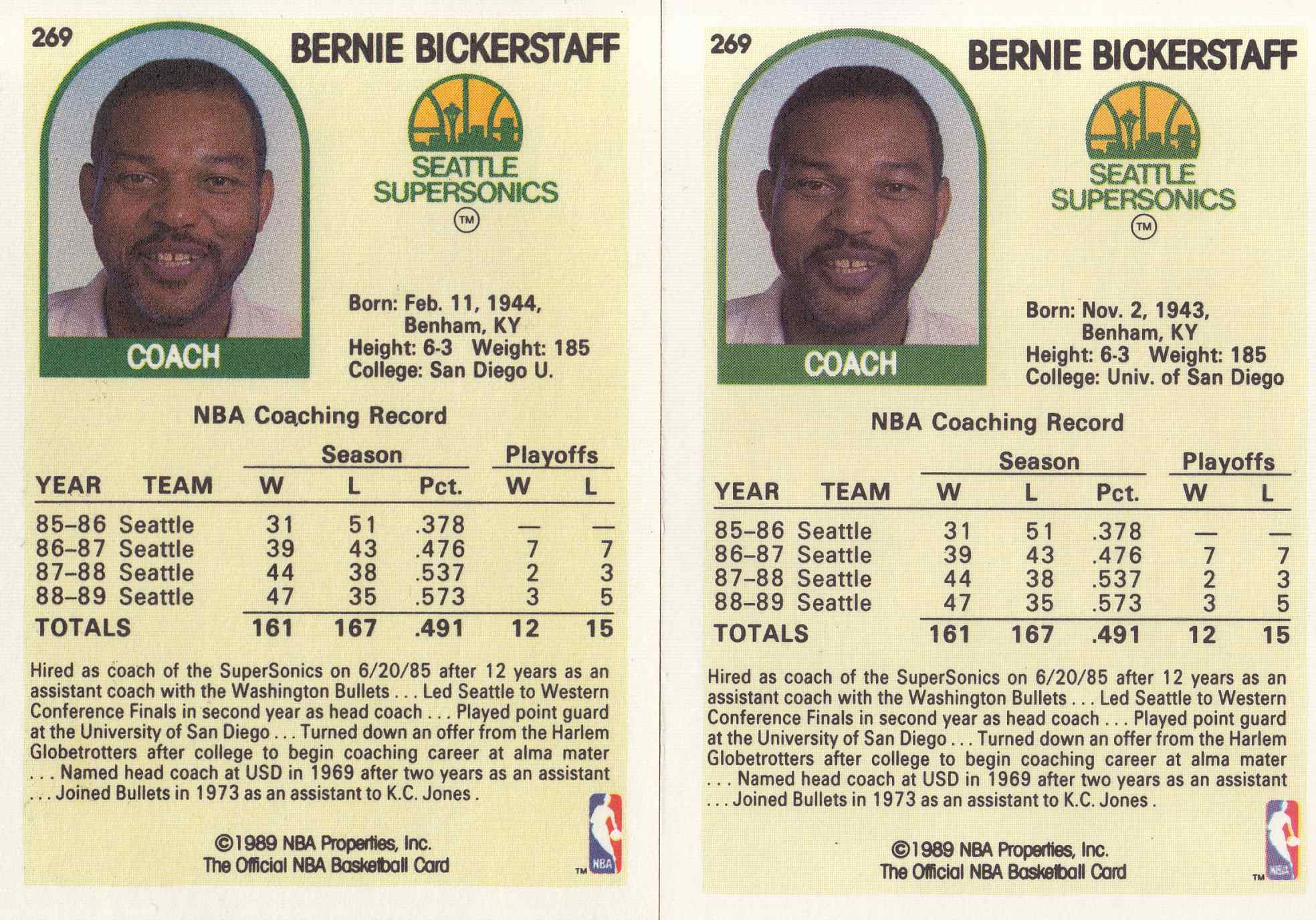 Below is a 1989-90 Hoops Bernie Bickerstaff error card. The card on the right incorrectly states Bernie Bickerstaff’s birthday as November 2, 1943. The card on the left correctly states his birthday as February 11, 1944. Bickerstaff coached 14 seasons in the NBA from 1985-2007. He coached 4 different teams: the Seattle Supersonics, Denver Nuggets, Washington Bullets/Wizards, and Charlotte Bobcats. His all time coaching record is 414-512. Not too impressive but his longevity as a coach in the league is. I salute you Mr. Bickerstaff. Also, as reader @SandmanSeven  points out, it’s strange that coaches would have their weight listed. Is this really necessary? Sandman says, “I guess it follows the player protocol.” 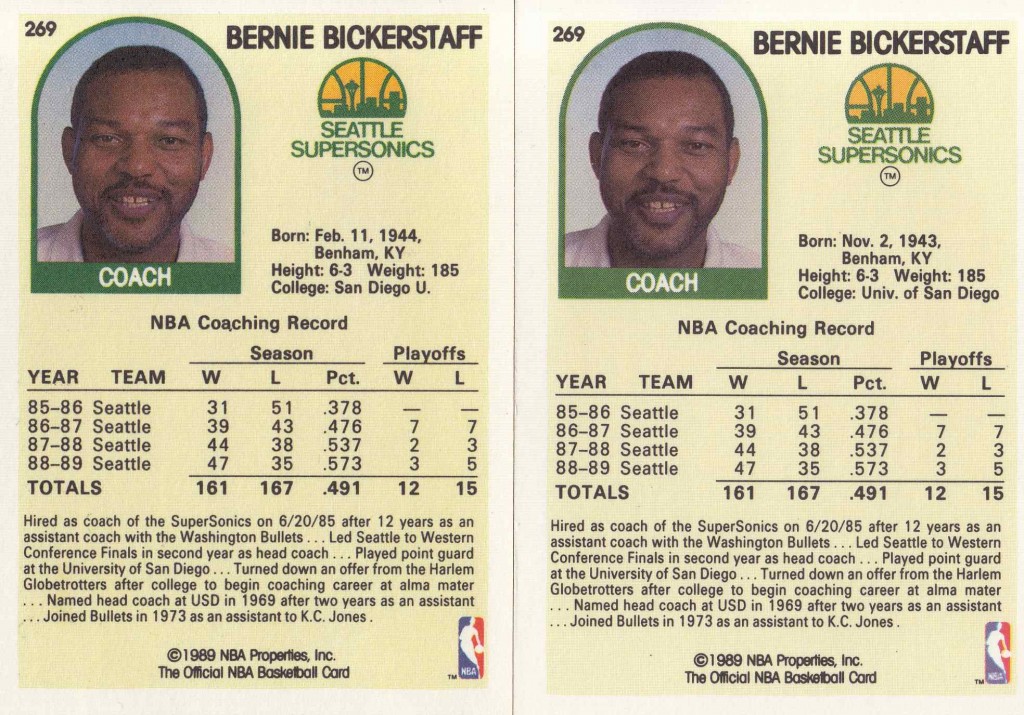 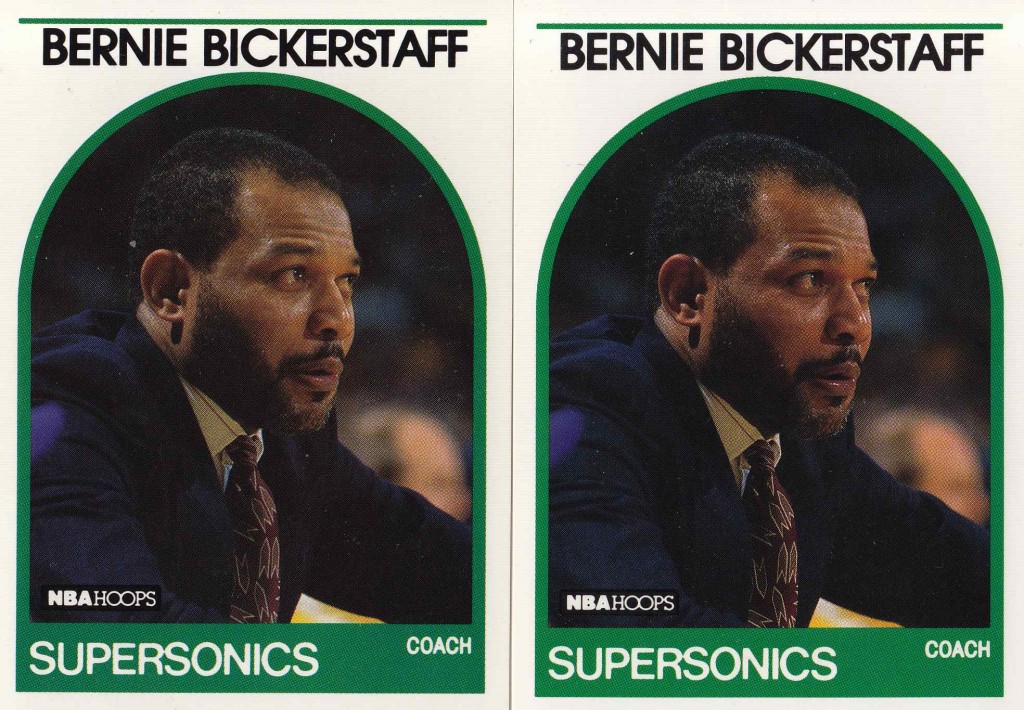