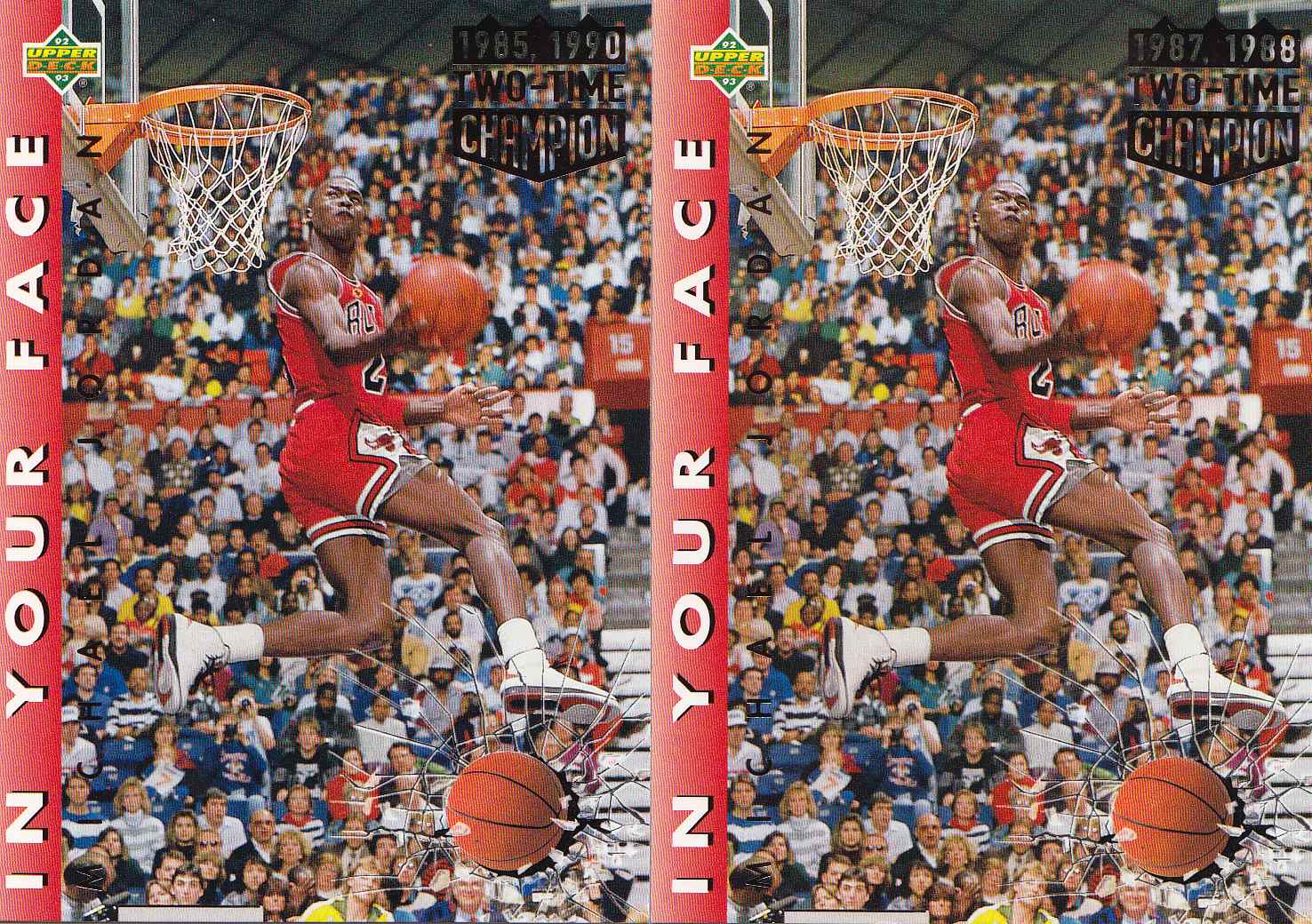 Error cards are fun to collect, especially when they are of superstars like Michael Jordan. Below is a Michael Jordan #453 1992-93 Upper Deck In Your Face error card. The card on the left incorrectly states that Jordan was Slam Dunk Champion in “1985,1990” (in the upper right hand corner). The card on the right correctly states that Jordan was Slam Dunk Champion in “1987,1988.” The back of both the error card and non-error card state, “Jordan claimed his first title in 1987, and the next year, he became the only player ever to win back-to-back contests.” 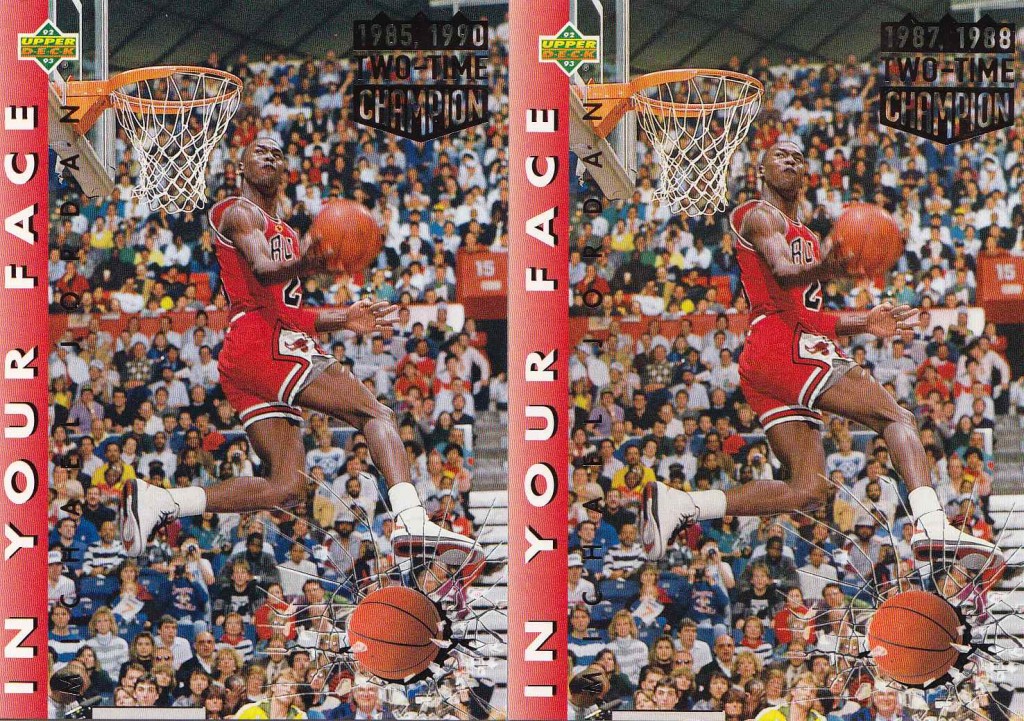