Below is a complete set of all 10 cards of Fleer 1993-94 First Year Phenoms. All of the players in this set landed in the top 10 of the 1993 NBA draft except for Toni Kukoc, Dino Radja, and Nick Van Exel. Toni Kukoc was originally drafted by the Chicago Bulls in the 1990 NBA draft at 29th overall but didn’t play his first season until 1993-94. He would go on to win three rings with the Bulls from 1996-98. Dino Radja was originally drafted by the Boston Celtics in the 1989 draft at number 40 overall but like Kukoc, didn’t play his rookie season until 1993-94. He was the oldest rookie of the group at age 26 (Kukoc was 25) and only lasted 4 seasons in the NBA before being waived by the Boston Celtics in 1997.  Nick Van Exel dropped all the way to number 37 overall but proved his critics wrong by becoming one of the best players to come out of the 1993 draft class. Another case of Jerry West outperforming his competition.

The most interesting tidbit from the ’93 NBA Draft is that Chris Webber was drafted number 1 overall by the Orlando Magic and was traded to the Golden State Warriors for Anfernee Hardaway (number 3 overall) and two future 1st round draft picks. The Magic had drafted Shaq number 1 overall the year before (1992 NBA Draft). It’s not everyday a team gets the 1st pick of the NBA Daft back-to-back years. Can you imagine Webber and Shaq on the same team? They would have been the original twin towers. Oh, what could have been. The Magic still made it to the NBA Finals (1995) with Anfernee Hardaway but they couldn’t catch that oh-so-elusive championship ring.

Also worth mentioning is Bobby Hurley (number 7 overall in the 1993 draft), a stand out at Duke that had a short NBA career. He suffered a bad car accident his rookie season and only played 4 more seasons after that (269 total career NBA games played). Hurley also had a cameo in the 1994 movie Blue Chips which Shaq and Anfernee Hardaway starred in.

The cards are in order of 1-10 starting with Shawn Bradley at number 1 and ending with Chris Webber at number 10. According to the Basketball Beckett, this set is worth a whole $8.

The color scheme chosen for the cards is interesting. The lines on the court are yellow with a purple highlight. Did the Lakers get some sort of a kickback for this?

My favorite card in the set is Shawn Bradley. I love the vintage design of the Sixers uni and his awkwardly looking long legs. From the look of the set, it appears the players were still rocking the short shorts (above the knee) in the early to mid ’90s.

Let me know which card is your favorite in the comments. 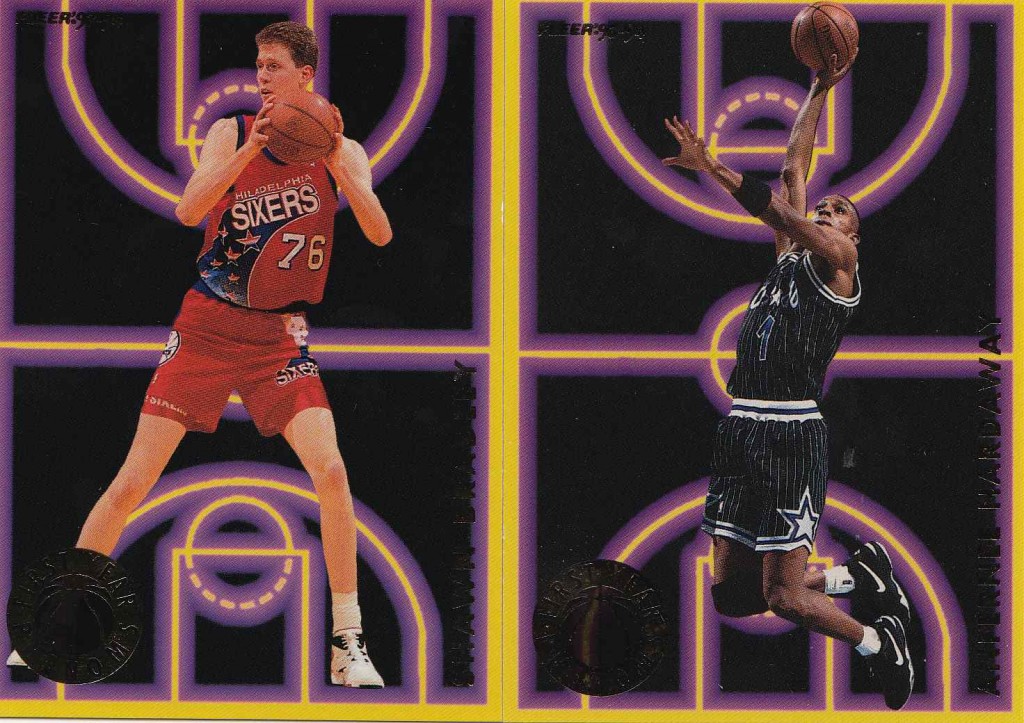 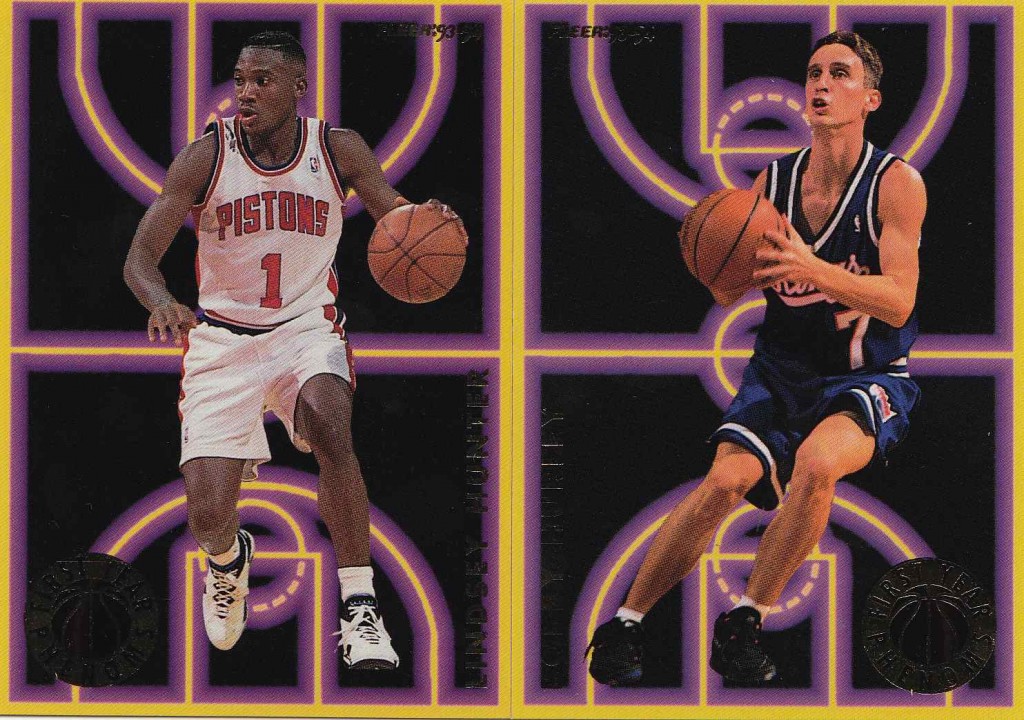 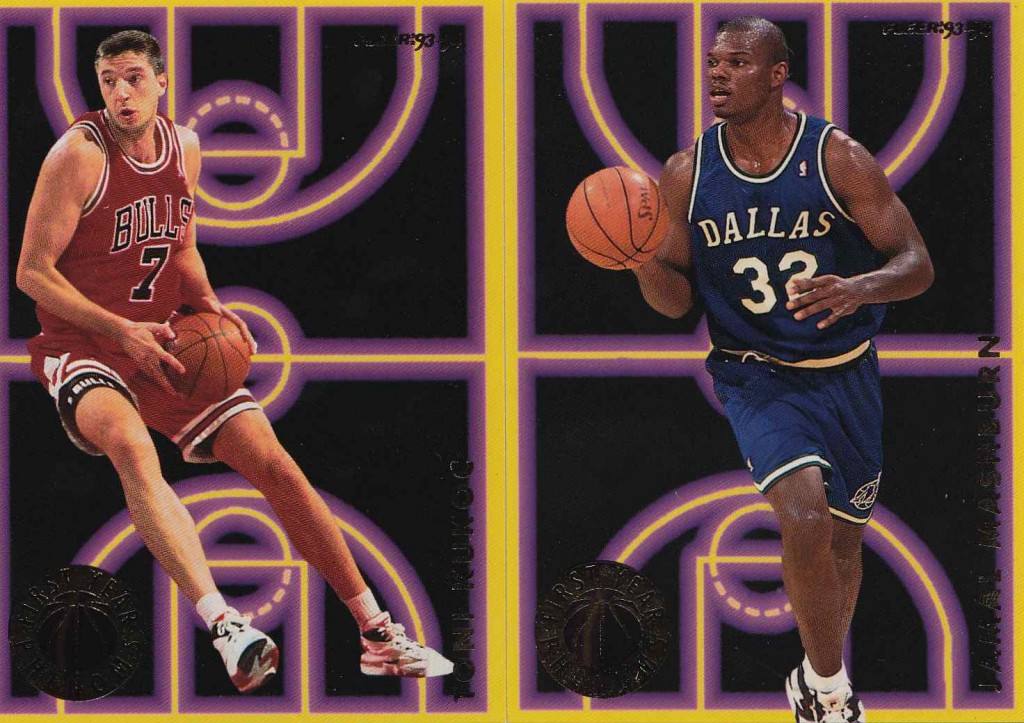 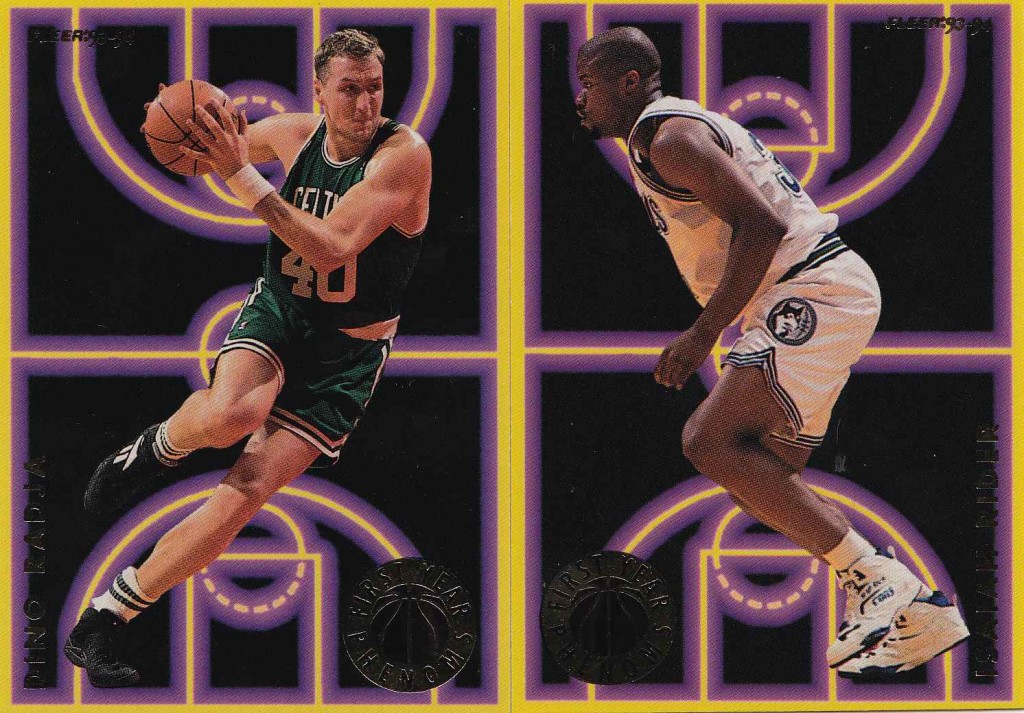 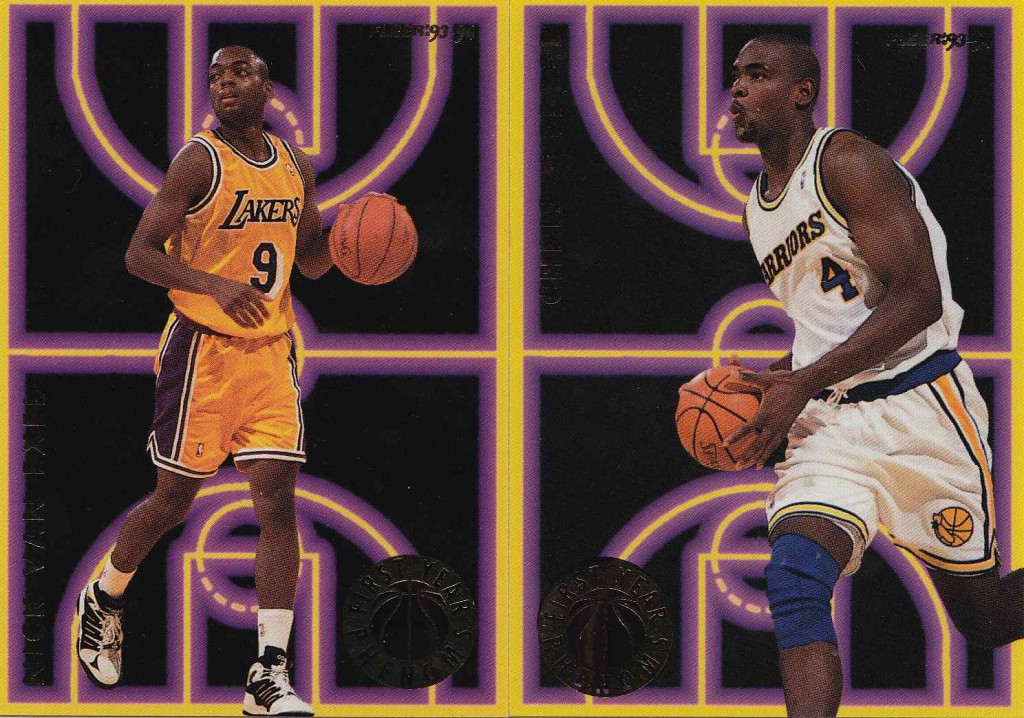 All stats used were from basketball-reference.com