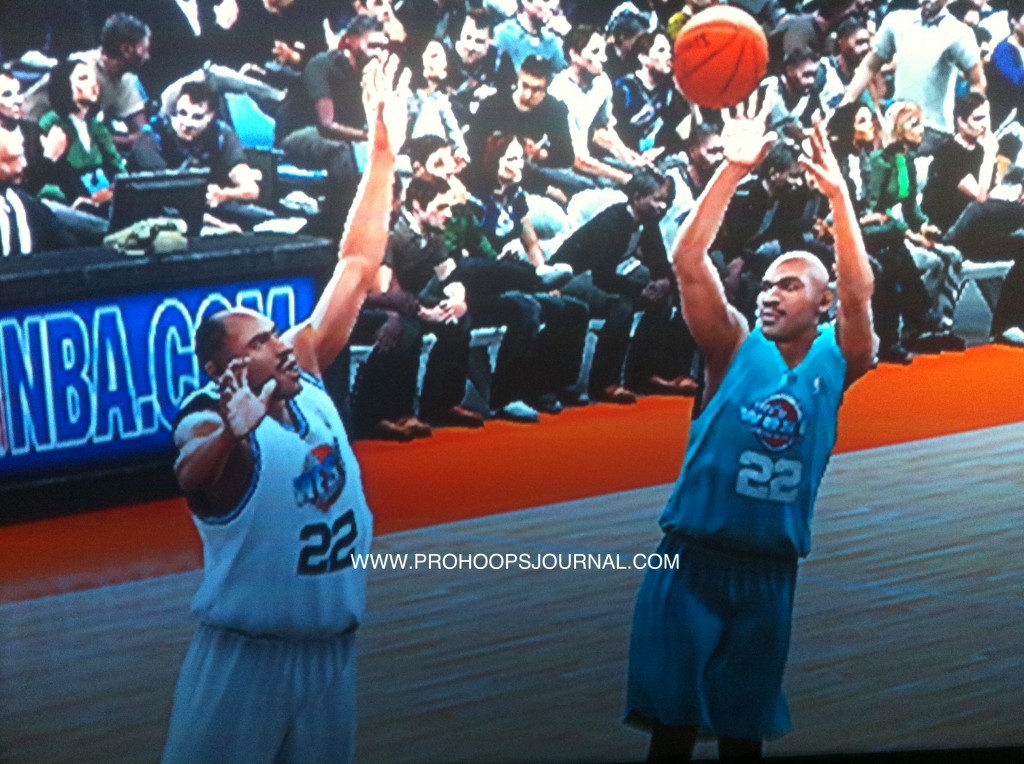 In some intances, West Legends are on both the ’80s West Legends and ’90s West Legends teams because their careers started in the 1980s and spilled over into the 1990s. When I played as Drexler on the ’90s West Legends team, he was pitted against his 1980s self. This immediately reminded me of the scene in Back to the Future 2 where Marty’s girlfriend Jennifer’s 1980s self runs into her 2015 self. Except this meeting of the Drexlers does not seem to have altered the space time continuum. By the way, I’m still waiting for my self lacing Nikes.

As you can see from the screenshot, the NBA2k developers like to pay attention to detail. The 1980s Clyde Drexler is clinging onto some hair while the 1990s Drexler is completely bald. Props to the developers for not being lazy and making the two players identical.

Well, there you have it, my story of a quiet night in L.A.