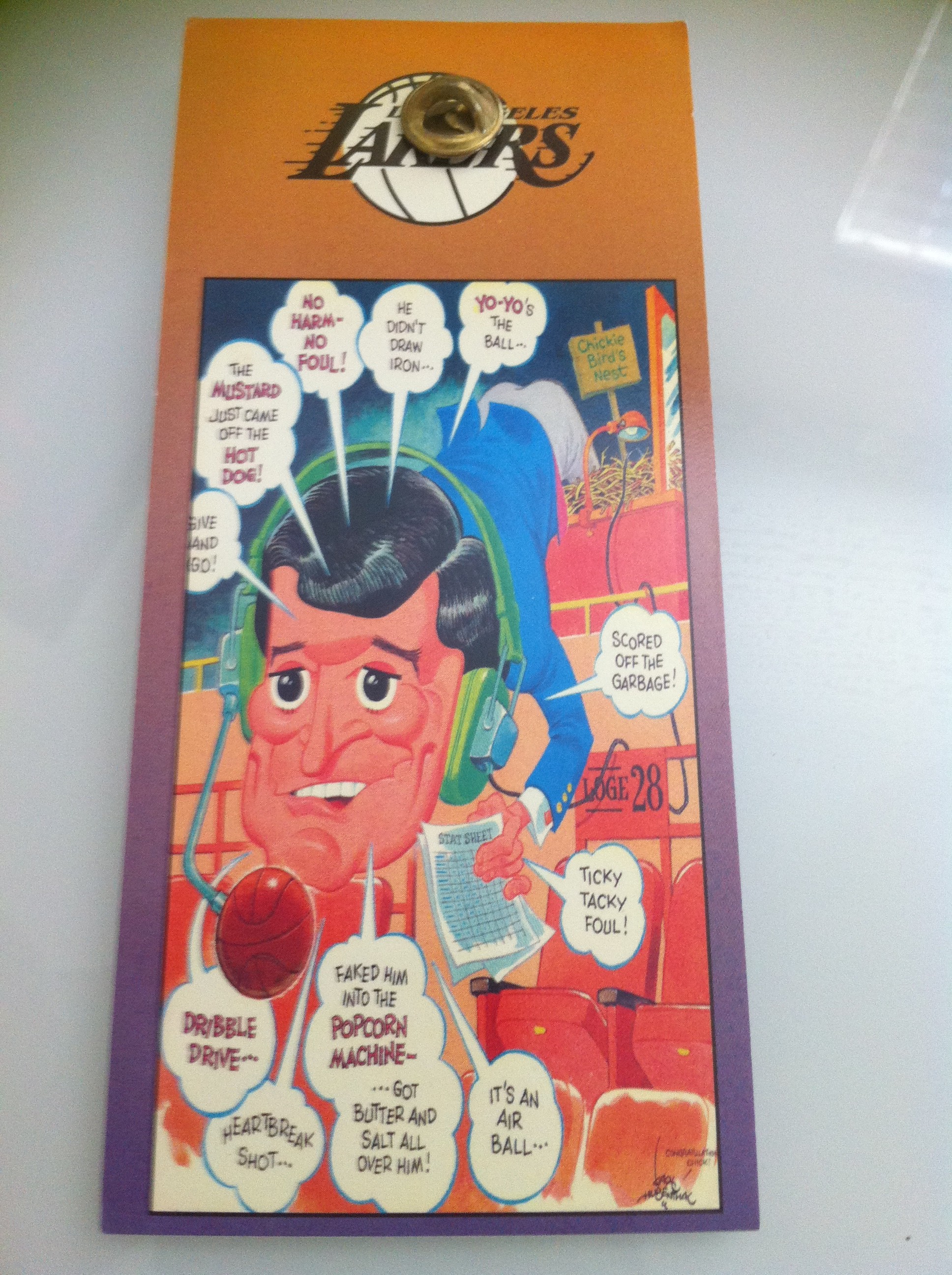 On January 19, 1998 Chick Hearn broadcasted his 3000th consecutive game when the Lakers played the Orlando Magic at the Great Western Forum. Low and behold, I attended that game and I still have the souvenir the Lakers handed out to the fans. They handed out a collectible pin attached to a card with a quick biography on the front and “chick-isms” on the back. Click on the pictures to enlarge.

I also came across another piece of Chick memorabilia while rummaging through my closet. Most likely another giveaway at Lakers game, it’s a keychain that spits out Chick’s most famous line when you press the white button in the center: “This game’s in the refrigerator: the door is closed, the lights are out, the eggs are cooling, the butter’s getting hard, and the Jello’s jigglin’!”

I will always remember listening to Chick in the car on the way to Lakers games. He hosted a pre-game show on 570 AM KLAC where he took calls from listeners/fans. He let them voice their opinions and guess the final score of the game for a prize, usually tickets to another game. The pre-game show would often turn into comedy when Chick would disagree with or ridicule a caller for having a boisterous opinion.

In my opinion, Chick was the greatest basketball announcer of all time. He was so enjoyable to listen to that I would turn down the volume on the nationally televised broadcasts and turn up the volume on my radio to hear his voice. My Dad enjoyed Chick’s broadcasts so much that he would bring a portable radio into the Great Western Forum and later on Staples Center so that he could listen to him while watching the game from the stands. Check out Chick’s wikipedia page for some great “chick-isms” and other info on the voice of the Lakers and one of the greatest sports announcers of all time.