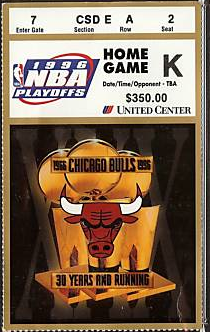 Below in chronological order are the Chicago Bulls NBA Finals home game ticket stubs from ’96-98. Do you notice a pattern here? The Bulls ticket stubs keep populating each year with more and more Larry O’Brien trophies. The sellers of these ticket stubs on eBay are asking for an average of $730 per ticket. Would you be willing to drop that kind of dough on a ticket stub? I don’t think I would. There’s only one game I would really want the ticket stub for and that’s Kobe’s 81 point game against Toronto. But in the end, it’s just a piece of paper, right? 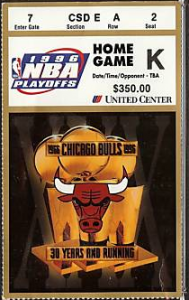 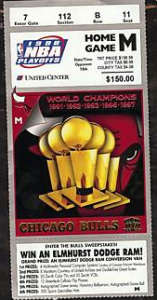