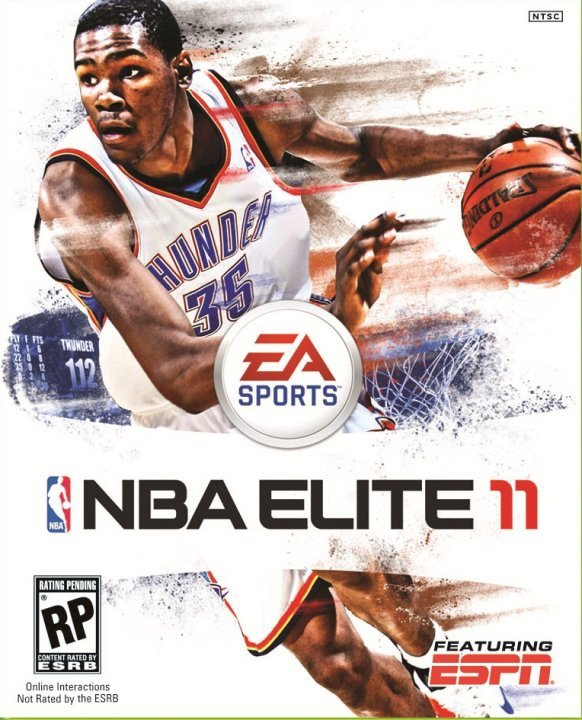 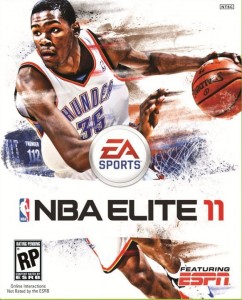 With all of the hype surrounding NBA2K11 I thought I’d take some time to take a look at their rival NBA Elite 11. NBA Elite 11 is EA Sports’ new NBA video game series replacing its NBA Live series. The NBA Live series lasted 16 seasons long from 1995-2010. It’s too early to tell if the name change was a good idea but so far its looking like more people are excited for the release of 2K11 than Elite 11. NBA2K11 has about 185,000 Facebook fans while NBA Elite 11 only has about 87,000 (at the time this article was published).

NBA Elite 11 may not have Michael Jordan and the Jordan Challenge or President Barack Obama welcoming the NBA Champions to the White House but they do have Kevin Durant on the cover and the ESPN commentary team of Mark Jackson, Jeff Van Gundy, and Mike Breen. Get ready to hear the following words uttered by Mark Jackson after Kobe, LeBron, Melo or any other superstar catches fire: “Mama there goes that man.” When Josh Smith or Dwight Howard go in for a tantalizing dunk, get ready to hear Jackon say, “Hand down, man down!” Although they have the ESPN crew on board this most likely will not effect a person’s decision to purchase the game because like all NBA video games, commentary gets repetitive, boring, and pushed to the back of our minds.

I’ve always enjoyed playing NBA2k over NBA Live because the gameplay felt more realistic to me. The engineering behind the player movements and controls just felt more real. Case in point: Check out the below demo clip from NBA Elite 11. Kevin Garnett soars through the air like he has a jet pack strapped to his back.
.

I hope you had a good laugh because I certainly did.