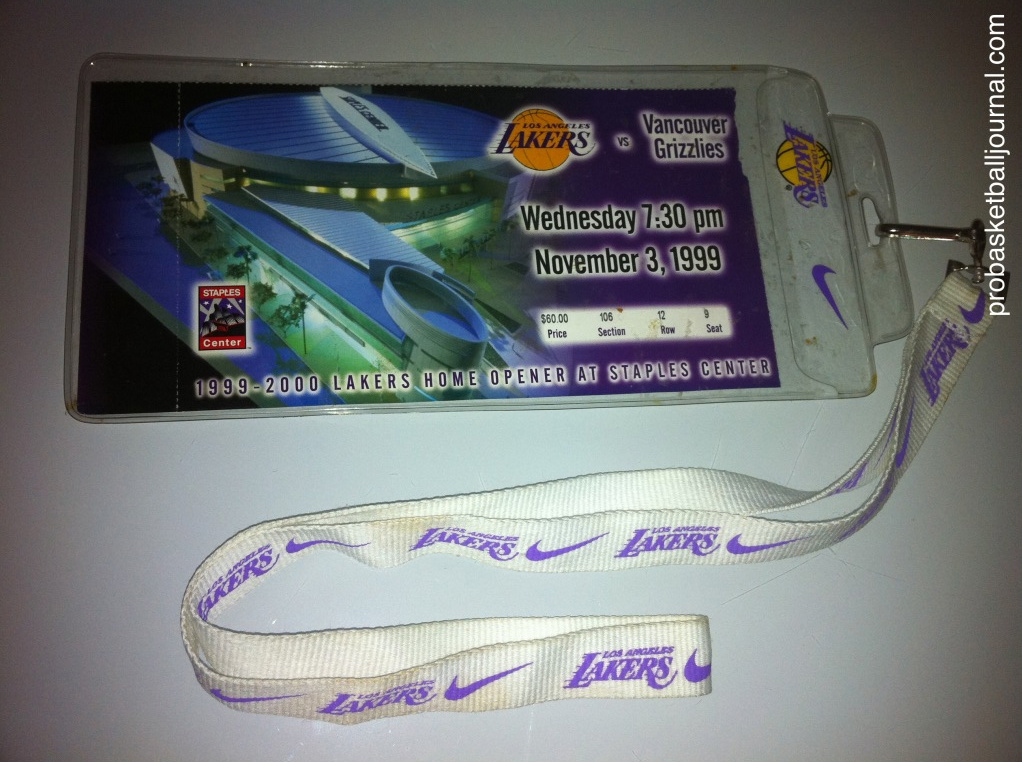 On October 26, 2010, the Los Angeles Lakers will collect their championship rings and play host to the Houston Rockets for their 2010-2011 home opener. On November 3, 1999 the Los Angeles Lakers played host to the Vancouver Grizzlies for their 1999-2000 home opener and they were not collecting championship rings. This was the Lakers first game at Staples Center and a lot has changed since then. To start, the Grizzlies moved to Memphis in 2001. More importantly, in their inaugural season at Staples, the Lakers would go on to win their first championship in twelve years. This was also the first of three championships they would win from 2000-2002. The Lakers would then make NBA Finals appearances in 2004 and 2008, and win back to back championships in 2009-2010. So if you’re keeping tally, the Lakers have made NBA Finals appearances seven out of their eleven seasons in the building and have won the whole thing five of those times. Not a bad batting percentage at all. Compare this to their tenure at the Great Western Forum where they only won six championships in thirty-two seasons.

Now let’s get back to the home opener on November 3, 1999 when the Lakers played the Grizzlies. The tickets were extra large for this event, because hey, the Lakers just moved into their extra large sized home. Fans that attended the game received ticket holders attached to a keychain necklace. The ticket holder is clear and both the ticket holder and keychain necklace have Lakers and Nike logos on them. Click on the picture above to enlarge. Also, as stated at nba.com, fans in attendance were in for a treat as “Magic Johnson and Chick Hearn co-hosted a ceremony unveiling the Lakers’ retired jerseys and championship banners in their new building.”

The Lakers would go on to win their Staples Center debut 103-88 in front of a crowd of 18,997. After examining the box score at basketball-reference.com, I have come up with a few noteworthy statistics. First, every active player on both teams played in the game. Even Obinna Ekezie logged three minutes. Shaq had a monster game with 28 points and 10 rebounds in thirty-four minutes of play. A pre-washed up Shareef Abdur-Rahim racked up 19 points and 10 boards. And lastly, Kobe is missing from the box score. If anyone knows why he didn’t play please let me know since I couldn’t find any information on this.

This post has been dedicated to the memory of the Vancouver Grizzlies. RIP 1995-2001.

UPDATE: I have learned through a tweet from the guys at basketball-reference.com http://www.twitter.com/bball_ref), that Kobe missed the Staples Center opener due to a broken right hand in pre-season.